We all breathed heavily. Some, a shallow heavy. Others, a deep heavy.

We all breathed heavily.

Others, simply because we could. Because we’d spent decades or years or months in a slow-burn suffocation. But someone else died and so we lived. We breathe deep breaths of gratitude.

An assemblage of pre- and post-transplant patients from Stanford Medical — except me. Many have vertical incision scars (marks of Stanford) poking out from the collar of their shirts. The horizontal symbol of UCSF Medical, shimmery purple scar from pit to pit, is hidden beneath my flannel.

A couple patients’ incisions are not yet scars — they have the telltale signs of weeks-fresh surgery. Eyes wide despite the bags sagging them down, legs frantically tapping out Morse code.

“They’re still drugged up,” I type out on my phone and show Kathleen beside me.

I remember the feeling. That I was invincible and life could be nothing less sweet than peaches and cream from thereon.

Me, five days post-surgery: “This honestly isn't as hard as I expected. Kind of easy.”

Nurse, filling a syringe with heparin: “Patients often say that. At first.”

And then the fentanyl withdrawals hit me. Kathleen once wrote that she doesn’t congratulate people on their transplants. That she knows they still have a long way to go.

We’d met at a coffee shop in Haight-Ashbury a few days after I left the hospital in February. We’d first started talking when I commented on her blog a few months before. She got her heart-lung transplant after kicking back at pulmonary hypertension most of her life.

Kathleen typed on her phone about the difficulty ahead and I (still deaf at the time) tried to act chill about it. Act like I had a mind wrapped in iron defenses, no problems with my recovery. Around 3 a.m. that night, I swaddled my feeble body in thick blankets and sobbed. Gazed with heartbreak at the bottle of oxy. Recalled all the news stories about middle-class white men getting hooked on opioid lifekillers.

Days later, Kathleen took me on my first “hike” post-transplant. My legs had bundles of lead strapped to them, I swear it. But we made it a good way up. The San Franciscan Victorian-style apartments below looked noticeably smaller and that was good enough for me. She told me we would only climb higher later on.

Kathleen was right. Recovery was tough. And I now realize her withholding of congratulations was partly what allowed me to open up to her later about my struggles. I was fearful of people thinking I took the gift of new lungs for granted if I complained. I’d already had people imply I shouldn’t be anything but happy after getting such a blessing.

But Kathleen only ever gave me the straight-up. She understood that transplanted organs come at terrible prices: love affairs with opioids, crises of identity, and tear-blood-sweat-stained sheets.

And so we talked about death and psychosis and fear of dreaming. We talked about what others simply didn’t want to (or couldn’t). And we breathed heavily with each other on our hikes.

We are surrounded at Stanford Medical by many who take the same pills at 9 a.m. and 9 p.m. sharp. Who wear masks to protect fragile immune systems. Who don’t eat sushi or rare steak or pomegranate.

All of us, breathing heavily. Deeply and beautifully.

Two weeks later, I spent time with Kathleen again. We climbed 70 floors’ worth of height to reach the tip-top of Tank Hill. I gazed at UCSF below me, at the cotton candy-colored sky evaporating into dusk. Kathleen had said those many months ago on our first hike that there would be more to come. That it would only get easier. As usual, she was correct.

The next day, we'd meet other heart and lung transplant patients for a photo shoot of our scars. Days later, we'd learn prominent figures in the transplant community passed away. Kathleen would make me swear to live forever. I swore it, but we now both know exactly what we signed up for when we accepted those organic gifts. Like she said almost a year ago, it's a rough journey.

But atop Tank Hill, in that ethereal yet ephemeral atmosphere, I did feel invincible again (sans painkillers). 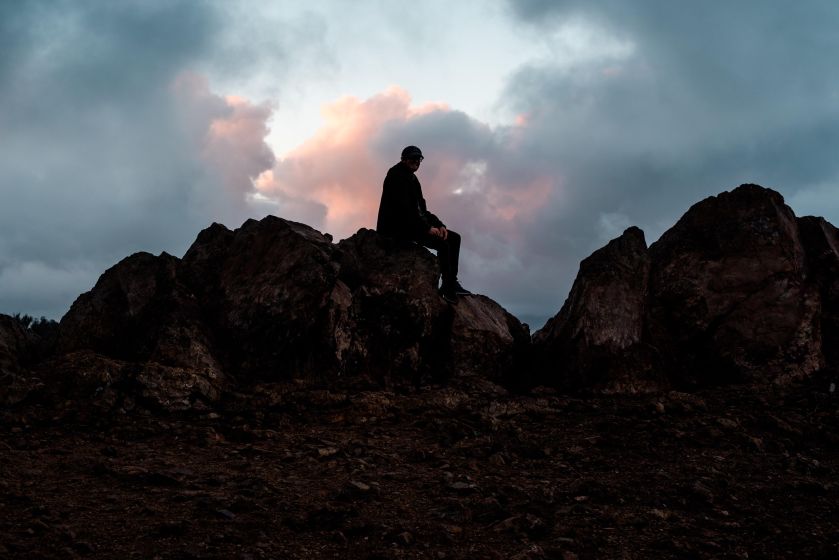 No point in beating around the bush and keeping things suspenseful: I’VE BEEN ACCEPTED INTO THE LUNG TRANSPLANT PROGRAM AT UCSF.

I’m a mess of tears and smiles right now, just got the text from my mom. I knew the docs were optimistic about my chances of getting in lately, but the numerous “what-ifs” were still bouncing about in my head the past several weeks.

I mean, this is just crazy. I went from being told I didn’t have good chances of getting into a transplant center, to being rejected by the center we thought to be our only hope, to getting accepted into the #1 transplant center in the U.S. (based on survival stats). I still have to meet with the surgeon, and there are what-ifs involved with that, but he sat in on the transplant committee meeting about me, so he knows plenty about my case.

There’s a long road ahead. Months of waiting for that lucky call (I’ll get into details about the process later), the chance of my disease progressing more rapidly, and the challenges that come with the transplant itself. But acceptance/rejection was the part I was most anxious about.

My sister is flying in tonight for Thanksgiving. It’s fitting that I got this news today, as the last time we were together, I was in the ICU and sobbing because I was afraid it would be the last time I’d ever see her. Things were hopeless then. But now… it’s all hope.

Anywho. You may or may not have noticed I hadn’t posted a blog in awhile. So I guess I’ll quickly recap things. Basically, my disease progressed some more and I was in need of extra oxygen. I was forgetting things left and right, not able to think complexly, not able to read things above a high school level, and not able to write well — hence my absence on the blog lately. But I went in for a 48-hour admission and got my oxygen back up to where it needs to be (six liters). We also debated if getting my cochlear implants should be done before or after transplant. There are risks with either decision.

Before: I would be able to hear months earlier, but the risk is I might not be strong enough to handle being sedated for the three+ hours required for the surgery.

After: I would have to wait six months after transplant, then there’s extra risk of infection because I would be on immunosuppressants (to keep my body from rejecting the lungs).

We haven’t reached a decision yet.

Other than that, I’ve mostly just been relaxing on my new rocking chair, watching movies, and drinking tea. Today, I was able to pick up a book and actually enjoy it for the first time in a couple months. Maybe I’ll blog some reviews of books, movies, and tea one day.

I’m realizing now that my writing has gotten extra rusty after just a few weeks of not blogging, which really hammers the point that I must be more consistent about it. Not gonna let that realization bring me down, though: I’M ACCEPTED INTO THE TRANSPLANT PROGRAM.