I was sitting and watching tv when I realized I hadn’t thought about breathing in hours. Maybe not even since yesterday.

I don’t know how much the average person thinks about breathing. It’s an action that’s taken focus for many years now.

Before I got home from my trip, I hadn’t weighed myself in two weeks. And I never once got anxious about my weight or obsessed over how much I was eating. I was just eating. And enjoying eating. It wasn’t a chore.

Before, I weighed myself three or four times a day, praying I’d spontaneously gain several pounds between each weighing session. I was logging my calories everyday and melting down if I fell short or couldn’t figure out the exact calorie count for a food. I loved the idea of food but hated needing to consume it out of obligation to my CF needs.

I finally stepped on the scale and I saw a number that was bigger than before the trip. I’ve been eating all day just because I want to.

I feel normal. Not normal for me. I’ve never felt normal until now. Rather, I feel like how I imagine feeling normal should feel.

During my two-week trip, I felt even better than normal. I felt adventurous.

There was a sandstorm right after we landed in Phoenix. Then, I met with my first friend from high school and her husband. We explored a really rad old mining town.

Later, I shot some guns in Flagstaff, Arizona for the heck of it. 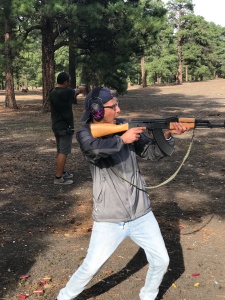 Then, I trekked through Antelope Canyon — magnificence. I did this with church group friends I left behind in Hawaii but who have stuck with me in the spirit of support.

Then, we went to Horseshoe Bend — I stayed away from the edge because I fought too hard for this life to risk falling!

Then, we went to a fantastic collegiate ministry conference in Glorieta, New Mexico for a few days. I learned so many complex, eye-opening things about God. Big thanks to Kristina for transcribing. 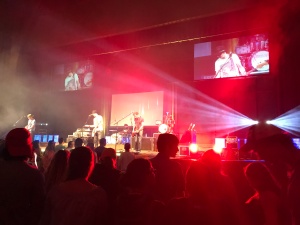 Then, I met with my first friend from Hawaii and ventured all around Santa Fe with him.

Then, I saw my sister for the first time since transplant. Then, we met my cousin Tammy who was wonderful — and I forgot to take a picture with her!

Then, we explored Denver.

Then, I met with my first friend from Tennessee and shared childhood memories over the best ramen I’ve ever had. 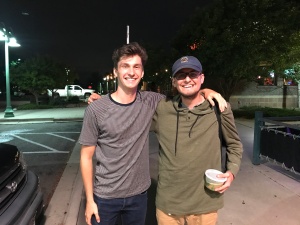 Then, I met Shelby’s boyfriend Greg, who turned out to be a really rad guy — I approve.

Then, Kristina left for Hawaii, which was sad, but I’m sure she’ll have a great semester.

Then, we drove up into the awe-inspiring Rocky Mountains and I climbed stairs about 200 feet to reach 12,000-foot altitude. I hyperventilated up there (note the sign in the picture) while getting barraged by hail in intense wind. It was spectacular.

Then, we explored Colorado Springs. Then, I came home.

Once back, my dad went in for surgery to fix his snapped collarbone (mountain biking crash). I’m not used to being the one in the surgery waiting room. And I’m definitely not used to my dad being on O2 (protocol) and me being hose-free! I can only poke fun at him because he’s doing totally fine.

I’m not exhausted at all. I wish the trip continued across America or even into other countries. I spent a lifetime on couches and at desks. I think I have a lot of catching up to do.

Next up: My best friend Josh is visiting from Hawaii for a week! Excited to play tour guide around the Bay.