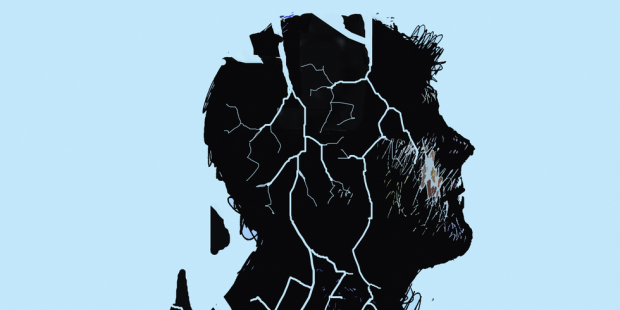 I struggled to write this blog because I normally try to keep things positive. But I’m creating this three-part series to bring awareness to what it’s like to be deaf, which isn’t all rainbows and ponies. That’s not to say I haven’t gained anything positive, and there are many who absolutely love being deaf and take pride in it (this will be covered in my next post). But this post is specifically about the types of challenges faced by those who are hard of hearing or deaf. The answers to how to help remedy these problems are in the next blog post. Check here and here and here if you want more positive writing about being deaf.

My parents and Kristina weren’t exactly content with the idea of leaving me by myself for five days while they visited Hawaii. I hadn’t been alone for longer than a day in over a year thanks to the transplant process and deafness. I calmly addressed their what if’s, and shooed them away, confident that I would be confident while they were gone. I figured I’d have fun just cruising around the city by myself.

I went out three times before I got so frustrated with the difficulties of deaf independence that I went into hermit mode and stayed home. While that sucked, at least it gave me convenient illustrations of the various annoyances and humiliations I go through as a result of my deafness.

Going out for coffee included:

Going to the blood lab included:

Going for coffee and to the library the next day included:

I lost the confidence I was so confident I would have. I’ve come to learn that being deaf, for me, is a series of humiliating events. Have the blushes burned permanently onto my cheeks yet? There must have been a hundred times that I’ve told others with disabilities, especially loved ones with social anxieties, to not feel humiliated when things go wrong in public. I was a huge extrovert before my deafness, so that was easy for me to say — just laugh at yourself and move on. (I apologize to those who I told to simply not be humiliated, as if it’s the easiest thing to do.) A major problem with disabilities — mental and physical — is having this crippling

(excuse the bad pun) feeling of vulnerability, the feeling of being at the mercy of whoever you’re interacting with. When you make a mistake in the public sphere, it deeply injures because people with disabilities sometimes feel that they’re feeding into the unfortunate thought process of ableists* (see sidebar) who believe the disabled community to be inferior. And to rub salt in the wound, those with disabilities find themselves apologizing profusely for “messing up,” despite the disability not being their fault.

Moving from extroversion to an extreme fear of social situations has been tough. I used to stay in my work office at college until late at night simply so I would always be surrounded by friends. Now, I only have two friends in the Bay outside of my family and Kristina — both living 45+ minutes away. So, when my parents are at work and Kristina is in school at Hawaii, things get pretty lonely. This is embarrassing to admit, but I’ve actually cried in the middle of a cafe out of jealousy when I’ve seen groups of friends chatting with each other over coffee. I would give anything to have a random person sit next to me and try to make conversation with me. Even if they were trying to evangelize for the Flying Spaghetti Monster or something. I just want someone to take that first step because I can’t help feeling like a burden when I initiate conversation with others.

Ah, communication! That’s the key topic with deafness. I communicate best through writing and text. My family uses speech-to-text (via the iPhone Notes app or Google Voice). Many people seem surprised when they learn I don’t use ASL (American sign language). I know a few signs to help me order coffee, but between the transplant medications making my brain foggy and my natural lack of language-learning skills, ASL just hasn’t been something I’ve pursued this past year. I would like to one day just so I could communicate with other HoH/deaf people (I’m a bit of an outsider in the deaf community for not knowing how to sign). Just not there yet. As for lip reading, it really isn’t as easy as you might think. Only about 30% of speech is visible on the lips, so trying to follow lip reading beyond simple questions or statements is like mentally working on a puzzle the entire conversation. By the time I’ve completed the puzzle of one sentence, the speaker is two sentences ahead. It’s exhausting! That’s when I pull out my phone and ask them to communicate through text (and that’s also when people normally give up on even trying to talk to me).

A pin I wear in public. I am usually humorous about my deafness. That doesn’t mean all people who are deaf are open to joking about it, though! It’s best not to assume.

I try not to be sore towards others when they don’t meet me halfway or don’t take my deafness into consideration. It’s not like I knew how to interact with people who were deaf back before I was deaf. As for those who forget I’m deaf: I tell people even I forget that I’m deaf at times — often turning up the TV volume or reaching for headphones. But it is a more sensitive topic for many, and not easily laughed off. There are people who are so fed up with being mistreated by the hearing society that they refuse to befriend anyone outside of the deaf community. And there are people who see more tragedy than pride in their deafness (usually those who were not born deaf). Just imagine waking up to not being able to hear your loved ones or your favorite music one day. Beethoven wrote a heart-wrenching letter about the effect deafness had on his life — I can’t put it better than him. Click here to read it.

While many have pride in being deaf, I haven’t (yet) met any who say life as a deaf person is easy. That’s reflected in statistics: People with major hearing loss are twice as likely to suffer from mental health issues than the average population because of the difficulties they face, and they have less access to mental healthcare because of communication barriers.

You might not run into a person who is hard of hearing or deaf for this entire year. Maybe for many years. But if/when you do meet one, try to take into consideration that they have to deal with a multitude of social challenges nearly every day and that you extending a hand of helpfulness could bring a lot of light to their life. Check my blog a few days from now to get tips on how to be that light.

P.S. I had a new round of lung function tests today and I’m at 78% FEV1! That’s a 5% improvement from last month’s lung function, and only 2% away from a normal person’s lung function. A bronchoscopy procedure is set for tomorrow!