Growing up, my closest friends, and myself, were the sons of soldiers during a time of war. The surges in Iraq had taken away our dads during crucial developmental years — late elementary and middle school. Our role models, heroes, were gone for a year at a time and our perception of who they were was built off unreliable childhood memories and intermittent, laggy Skype calls.

So, we created mythologies about our fathers. Being the age that we were, every clubhouse meeting or video game hangout was packed with bickering over whose dad was cooler. With the war intensifying, most of our brags revolved around the idea of our fathers being the ultimate warrior-heroes. We didn’t really know what was happening to our dads in Iraq. But we all imagined (aka, lied) that our fathers were mixtures of Chuck Norris, Rambo, and Captain America. If our stories were even half-true, just one of our dads could have won the war single-handedly. One of my most repeated stories was that my dad held some city square on his own against dozens of enemy soldiers for hours until reinforcements came (I think I got the idea from Black Hawk Down). In reality, he never had to fire his weapon at anyone.

I don’t think my friends and I realized it at the time, but these stories helped push back the fears that our fathers might not return.

We all knew the military life. We knew the smell of boot polish that would waft into our rooms at the crack of dawn when our fathers headed out for duties, or the smell of fatigues when we’d press our noses into them upon our fathers’ return home in the afternoon (or a year later after a deployment). We enjoyed speaking in the acronym-obsessive lingo and eating MREs, just to prove we were true military brats. We felt the same pride blooming in our chest while watching our fathers march past in division parades. And we’d all spent nights staring at the sticky glow-in-the-dark stars on our ceilings, apprehensively skirting around the thought that our dads weren’t really invincible. Across the globe, our heroes spent nights staring at real stars above the desert and thinking of us. 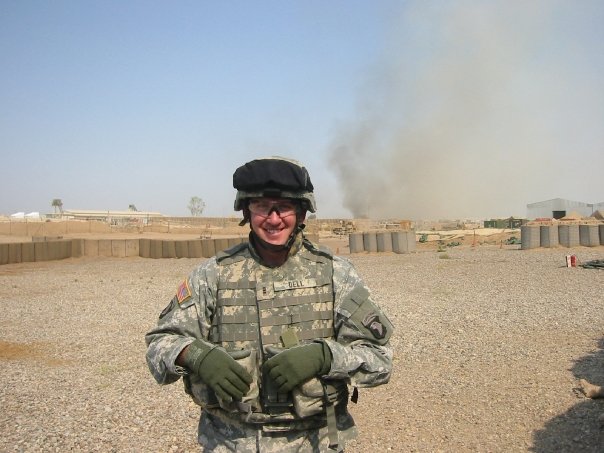 I spent years of my life worrying about my dad. Then last June, he suddenly had to worry about if I would live. After 23 years of fighting my own war against the cystic fibrosis, a blood infection ripped through my system, plunging me into septic shock and crippling my lungs. I entered a state of psychosis when too much carbon dioxide rushed to my brain and was slapped back and forth between hallucinations and a blinding, uncontrollable rage for three days. I ordered my dad around and told him he wasn’t doing enough for me, even mocked him. He’d barely slept, too busy working to meet my every demand and keep me as comfortable as possible while I kicked through this hell.

My doctors said a double lung transplant was necessary for survival — a surgery that could not be performed in Hawaii, where we lived at the time, due to limited resources. Only one hospital, the University of California at San Francisco (UCSF), was willing to even evaluate me for transplant due to my complex health history.

My dad’s military training switched on: He thought of himself only in the context of ways he could sacrifice to defend life. Just after being informed I might die, he told my mom they were going to pack their bags as soon as I got well enough to travel, and go get new lungs for his son (who had treated him so cruelly). He had created an ideal life in Hawaii. He had the house he wanted in a great neighborhood, had a job he loved with great benefits and travel, and friends he could call family. He envisioned retiring there, continuing that life of contentment. And he gave it all up in seconds, just based off the chance UCSF might accept me into their transplant program.

The truth is, my dad is not a mix of Chuck Norris, Rambo, and Captain America. But I was right about him being a hero.

Thanks to his sacrifices, I breathe deeply with new, healthy lungs today.

My dad’s mission wasn’t to hold a city square in Iraq. His mission was to be a good father and keep me alive. Mission accomplished.